The Apple Credit Card - An Overview 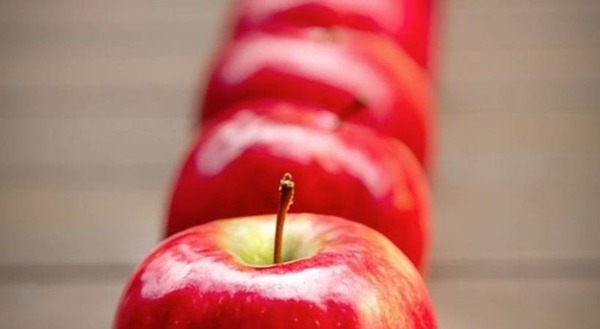 TRY IT NOW
Apple products are seemingly everywhere. No matter where you look, you’ll see that familiar logo. And now, in partnership with Goldman Sachs, Apple are even introducing a credit card. Can this really work and will people trust it?
As with most of Apple’s products, there is likely to be some demand for this, even if it is more for the credo than the credit. However, could it be that this new idea will work in a way that means even those who would usually shun Apple will want to use it? Let’s look at the potential benefits that it will offer.
Cashback
Reports suggest that there will be a cashback option linked to the Apple credit card. It is said that it will offer up to two percent cashback, and perhaps even a higher amount when buying other Apple products. This could certainly sweeten the deal when it comes to persuading those who are looking for a good credit card deal rather than an Apple-specific product.
Protection
Although credit cards these days are safer than ever before, there are still problems. They can still be linked to identity theft and fraud, especially when used online.
The Apple credit card should help prevent this from happening. If you want to make a one off payment online, you could be provided with a temporary credit card number which links to your real Apple credit card. If something were to go wrong and the site you are using is hacked and your card details stolen, they won’t work so you won’t lose any money.
Additional Services
There are plans afoot to allow the credit card from Apple to give you discounted music and video streaming for six months when you sign up.
Insurance
Could you be offered free insurance for your iPhone when taking out a new Apple credit card? Perhaps. The option is potentially going to be there. If your device is lost or broken, you could claim on the insurance using your credit card details, and receive either a new or refurbished phone or tablet.
Rewards
Because having debt isn’t much fun, reports suggest that the Apple credit card is going to make them more interesting. You might, for example, be able to earn rewards or virtual badges when you achieve things in real life such as clearing your balance or paying more than the minimum required.
API Development Opportunities
The Apple credit card should be open to all kinds of new add-ons and apps, created by any number of third parties. From hotel rooms to ride sharing, eventually there will be an option for pretty much anything you might need to pay for. This means that your card is all you will need to access everything you could want in your day to day life, or for more special occasions such as a night out or even a holiday.
Currency Conversion
Since Apple is active in so many different countries and handles cash in many different currencies, it should – as long as it falls inline with financial legislation – be able to become a virtual foreign exchange office. Basically, pay for something in the local currency and receive low (or perhaps zero) currency conversion fees through your card.
Conclusion
The Apple credit card will clearly not just be a standard credit card. There will be so many options and additions that it will clearly appeal to those who want to borrow money and enjoy doing it. Does that make it a good thing? Not necessarily.
Borrowing just to show off an Apple credit card is not a good idea; getting into debt for Apple products is nothing new, but could become a lot worse thanks to the credit card. Plus, are those who are so enthralled with Apple that they would apply even if they don’t need the credit, potentially causing them problems in the future too.
However, for those who are looking for a credit card anyway, it could be a useful option. With the extras that are planned for the card, it could even be a good idea.
SHARE: