2014 Online Retail Estimates for the UK 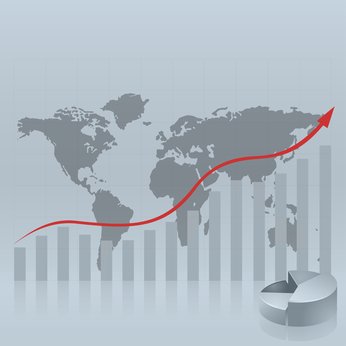 The dramatically rising online retail numbers from countries all around the world are setting the online world afire lately.  From Brazil to China and everywhere in between, developing economies are driving massive growth numbers that have investors salivating and business owners eager to expand. Perhaps surprisingly to some, back here on the home front, e-commerce markets are also still growing quite well. The percentage increases aren't quite as staggering as those posted abroad, but the e-commerce market is also quite a bit more mature, which inevitably leads to slightly lower gains year to year.
RetailMeNot, one of the largest providers of digital coupons, commissioned a study from industry analysis firm the Centre for Retail Research about the emerging trends for 2014 and 2015, and the numbers were very respectable. Across the European Union, e-commerce sales growth is vastly outperforming brick and mortar sales growth, racing ahead at a rate nearly 12 times that of their physical counterparts. In the UK, that differential isn't quite as high, with online sales growth for 2014 projected at 15.8%, compared to a paltry 2.4% for offline sales. Customers are forecast to spend over £1,000 each in online sales this year, bringing the size of the UK online retail market to over £45 billion.
The truly encouraging thing for retailers, however, can be found in the study's forecasts for 2015. Not because there is a sudden unexpected upswing in the UK sales growth percentage, but rather because it is forecast to hold relatively steady, even increasing by a tiny fraction to 16%. This is a testament to the maturity of the market, and the continued confidence that customers are displaying in transitioning towards online shopping.
These numbers may not seem like much when compared to the massive growth figures put out by huge markets like China and India, which are experiencing nearly unprecedented expansions often as high as 50% year to year, but when compared to the current economic juggernaut that is the United States of America, it all comes into perspective - US e-commerce market is only expected to grow by 13% in 2015. While all eyes are on the BRIC for rapid expansion, it remains to be seen whether or not the shakiness of such dramatic expansion will be able to withstand the rigors of a globalized market. It's almost inevitable that there will be some major issues to be tackled by online retailers who pin all their hopes on these markets, issues that have already been dealt with in more mature markets.
SHARE: