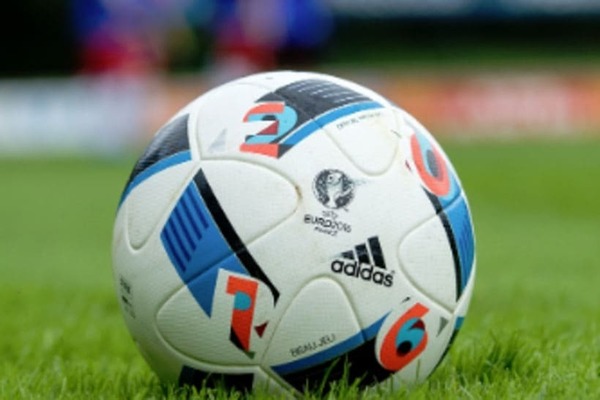 TRY IT NOW
A Tech Company Disguised as Sportswear
After finding out how Adidas perfects its products for athletes, from shoes to clothing and everything else, you might not want to use any other athletic product but Adidas. If you were an athlete, that’s certainly how you might feel.
For athletes at the top level of sports, millimeters and micro-seconds count, and many have discovered that Adidas will give them that elusive edge.
Adidas’ success is not built on brand image alone, with glitzy ad campaigns and media coverage, but on technology.
Adidas Future Lab
Unlike your run of the mill sportswear companies, Adidas cares deeply for the athlete, and has invested hugely in technology to make their lives better.
Adidas Future Lab, the company’s research and development (R&D) effort, has made strides in preparing the technology athletes will rely on in the future.
The facility is based at Herzogenaurach, Germany, which also happens to be the location of Adidas global headquarters.
Since 2010, this high-tech innovation lab has been the backbone of the company’s quest for new technology in the sports industry. The lab uses cutting edge robotics, 3D scanning, motion analytics, and other cutting edge technology to improve athletes’ lives.
How Much Has Adidas Sunk into R&D
With its increasing investment into R&D, Adidas has become virtually a tech company. A lot more goes into its shoes, jerseys, and other products than meets the eye.
Data from Statista shows a sustained increase in Adidas R&D spend from around 100 million euros in 2010 to a peak of 183 million euros in 2017.
Along with investments in new technology, the company has also added to the number of its staff that is engaged in R&D activities.
How Adidas Uses Technology in Shoeware
The list of Adidas technology in shoes and other products rolls off the tongue like a highlight reel from a tech company:
Still, that’s just a partial list. The company has pioneered technologies to make its shoes more comfortable, durable, as well as resistant to heat and cold, among other fine details.

According to a Forbes report, the release of Boost by Adidas made it the leader in shoe cushioning technology in the world. With Adidas, though, the focus is always on enhancing the function of the shoe, rather than its mere form. This makes the end product more effective for athletes.
Adidas Works Directly With Athletes
Due to its special focus on the athlete’s experience, athletes themselves are a key participant in Adidas product development and testing.
At the Future Lab, for example, Adidas works with athletes in a range of activities, including running and other motion activities. Sensors, robots, scans, and other technology captures a wide array of data to be analyzed by scientists. This data then feeds into the design and optimization of the product.
Adidas also competes with Nike to court athletes across the world of sports. The company has a huge roster of athletes that endorse Adidas products, with a partial listing including:
The Success of Adidas Technology at the World Cup
While Adidas continues to make investments into sports such as basketball, it’s the soccer world where it reigns supreme. Adidas has formed close relationships with not just football players, but football teams as well.
The World Cup Uses Adidas Footballs
The World Cup, the soccer world’s premier event, is a stomping ground for Adidas technology. The balls used at the most recent World Cup, in Russia, were Adidas balls.
Adidas has outdone competitors, with a near monopoly over World Cup football supply and other merchandise.
This has not resulted in complacency, however, far from it. Adidas has introduced new types of footballs with improved technology regularly at world cups.
For the 2018 World Cup, for example, Adidas introduced the Telstar 18 and the Telstar Mechta. This ball is smooth, minimizing seams, and has been described as a nightmare for goalkeepers. It retains speed extremely well even when struck from distance.
Adidas Technology On and Off the Pitch
Adidas also plays a big role in supplying World Cup teams with uniforms and other sports equipment. At the 2018 World Cup, this included supplying Germany, Spain, Russia, and Argentina with full kit, among others.
How Other Brands are Playing Catch Up
Nike, Puma, and Umbro are among Adidas’ competition both at the World Cup and elsewhere. While they play second fiddle to Adidas at the World Cup, in other spheres, the situation is much more competitive.
In basketball, for example, Nike has long had an overwhelming presence. It supplies the biggest name basketball shoe brand, the Air Jordans, endorsed by basketball icon Michael Jordan.
Technology Breakthroughs at Nike
Brands like Nike, alongside other Adidas competitors, are just as keen on using R&D to help them gain an edge.
Nike’s recent breakthroughs include:
Puma and its Technology Moves
Another important sports player, Puma, has identified that the future of sports lies in technology and has made tech a core part of its operations.
The company has a rich history of innovation. Its highlights include the RS Computer Shoe, the Brush Spikes that helped break running records at the 1968 Olympics, and the Torero Duoflex Sole used by athletes like Diego Maradona.
Today, the company’s landmark technologies include:
Technology and Sports Now One
While notable for its singular focus on tech, Adidas is not alone in the world of sports technology. Its relentless commitment to innovation and R&D has produced cool new products, but it has inspired competitors as well. In the years ahead, athletes’ professional lives are likely to see big improvements thanks to technology. For sportswear companies looking to stay ahead of the curve, technology has become a way of life.
SHARE: