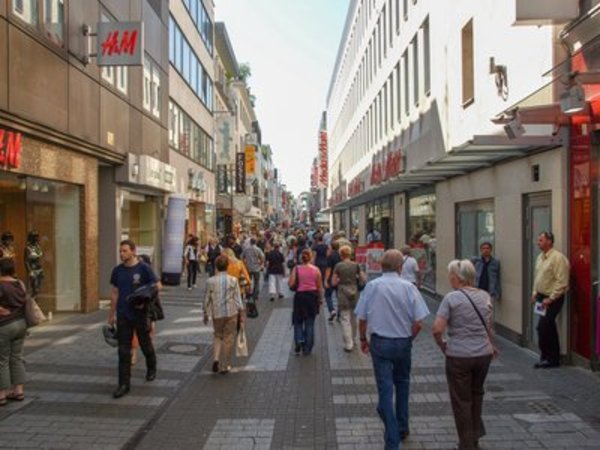 TRY IT NOW
When talking about online retail, the news is generally positive. After all, most markets around the world are posting incredible growth numbers that vastly outpace the statistics in comparable offline sectors, and in business news (unlike most news), the tendency is towards positive reports that keep everyone upbeat about the stability of the economy. It's impossible to ignore the fact that there is a bit of a dark side to all this growth - many brands are closing a huge number of brick and mortar stores, which throws a number of other connected markets (real estate, for example) for quite a loop.

Barnes and Noble - the first of many store closures

The trend in brick and mortar closings isn't exactly new. Back at the beginning of the e-commerce era, when people still used the phrase 'dot coms', highly successful book shop Barnes & Noble was already beginning to feel the pressure from Amazon's initial forays into the book market. Eventually, Barnes & Noble got its act together and invested in a serious online presence, but not before they had closed an astonishing number of stores in a remarkably short time, including their New York City-based flagship location. The element that makes this continued phenomenon strange is now the types of stores that are closing.

What are we seeing happening in the United States?

24/7 Wall St. reports that of the brands closing the most stores in the United States, 3 of the 5 are clothing retailers, which perfectly highlights the growing success of fashion retailers who have moved towards online shopping in recent years. The retailer closing the second-highest number of stores is the aforementioned and beleaguered Barnes & Noble, and the other is Office Depot, although this last is largely due to a merger than any sudden shifts in online sales success.
Interestingly enough, across the Atlantic in the United Kingdom, it appears that this American trend isn't holding true. In 2012, nearly 1800 shops closed on high streets throughout the UK, which is a staggering 20 closings per day. Last year's numbers, however, had shrunk so dramatically as to be considered 'normal', down 80% to only 371 closings for the whole year. However, this is still the third year straight that has posted decreases in the number of brick and mortar stores overall, which indicates that even though the initial shock of the online retail switch may have passed, it's not likely reverse itself unless retailers can come up with better reasons for customers to visit brick and mortar locations.
SHARE: