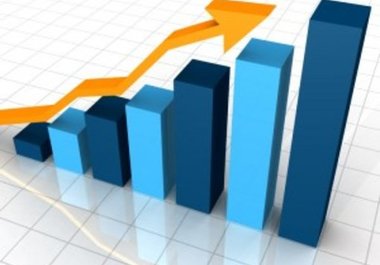 The entire world has had a rough few years, and the financial repercussions are still just being sorted out from the mess. But despite the hardships and tight budgets, signs are finally appearing that we’ve weathered the worst of the storm and things are starting to look up again. Financial analysts around the world are cautious but optimistic, so let’s take a look at some of the reasons for the change, with a focus on the United States.
One of the most important bellwethers of the general financial state of affairs is real estate market. Prices in the housing markets have been rising uninterrupted for the last 15 months, and realtors are once again finding themselves in great demand. This is in large part due to a rising confidence among real estate speculators, but they’re simply trying to capitalise on the market before it rises even higher.
Gasoline prices have also decreased dramatically since earlier in the year. New reserves of natural gas have been found across the United States, which has helped drive prices downwards. Not getting pinched at the pump definitely helps improve consumer confidence, as pump prices are one of the metrics that many people use to measure their own spending habits.
As if those two weren’t enough alone, Americans are finally getting back to work as more jobs are created. Unemployment has fallen to 7.5%, although many of those jobs are in the lower earning end of the job market. Conversely, the US stock markets are also making a huge recovery, even going so far as to top their pre-recession levels across the board.
These all combine to make for a happy consumer, and as every retailer knows, a consumer who’s happy in general is also happy to spend. Many households have reported they expect their incomes to rise this year, which will directly translate into more disposable income and more large purchases.
Naturally, these factors are specific to the United States where the data was collected, but as the United States is arguably the largest financial market in the world, what bodes well for them bodes well for the rest of the world’s financial sectors as well. Analysts predict that the next 6 months might be a tough gauntlet to run, but assuming there are no major new issues, the financial recovery will be well and truly here to stay.
SHARE: