Online Shopping Sales Tax Changes Coming in the US? 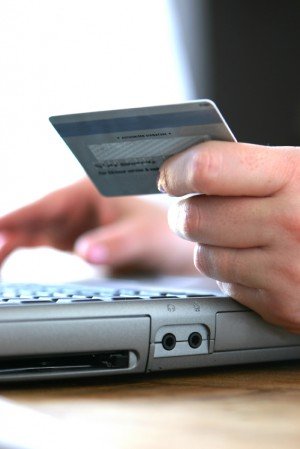 As all regular online shoppers know, one of the biggest perks to shopping online is that many retailers do not collect sales tax on purchases that are made from another country or state. This has been quite a draw for online shoppers, but governments around the world are struggling to come up with legislation that would allow them to collect tax on this type of purchase. In the United States, it’s long been established that retailers must collect sales tax for online purchases, but it has been a serious logistical headache to enforce this legislation. Additionally, states are only entitled to collect sales tax if the retailer actually has a physical presence in the state. This leads to a serious imbalance between online and offline retail giants, with companies such as Amazon and eBay gaining a major advantage due to their lack of brick-and-mortar stores.
Recently, however, US lawmakers have been debating bills that are intended to balance out this disparity and level the playing field by improving the available methods and oversight for businesses to collect sales tax on out of state purchases. Technically, sales tax should be collected on online purchases completed within the US, but the law is simply not being enforced due to the complexity of tracking down violators. Since there are no cross-referencing mechanisms in place nationwide, compliance is currently operating on the equivalent of the honour system, and needless to say, not very effectively.
While larger retailers who bridge the online and offline worlds are rejoicing at the changes, smaller businesses see these legal changes as extremely problematic. This is especially true with smaller online-only retailers, who will soon have to comply with the varied and complicated tax codes of every state in the US. The current bill being debated has provisions to exempt retailers with out of state revenues of under $1 million USD, but eBay is currently lobbying to have the exemption raised to $10 million USD and apply to companies with less than 50 employees, a move sure to be lauded by other small and medium-sized businesses.
Naturally, the pressure is mounting on lawmakers to enact some type of legislation that will solve the problem. As online shopping revenues continue to increase, so does the corresponding amount of sales tax that goes uncollected. It’s estimated that in 2012, online sales in the United States alone topped $226 billion, an increase of almost 16% compared to the 2011 fiscal year. This led to an uncollected sales tax gap of $23 billion, which is a significant amount of tax revenue for states struggling to balance budgets in this harsh economic climate. Regardless of how the vote goes on this particular bill, state governments are in desperate need of finances and it’s a certainty that some similar piece of legislation will be enacted shortly.
SHARE: