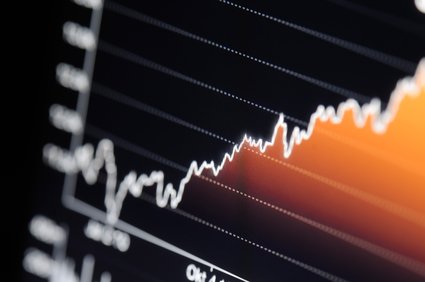 After experiencing one of the most successful holiday sales seasons since 2004, UK retailers were projected to experience a bit of a slump in sales numbers for January, prompting some industry analysts to wonder if the holiday upswing in revenue was a temporary situation. However, thanks to the most recent projection from the National Institute of Economic and Social Research, the boon for retailers isn't going to be disappearing any time soon.
The report, entitled 'Prospects for the UK Economy', the Institute revised its expectations for 2014 growth in the UK upwards by a considerable margin to 2.5%, up from the original forecast of 2%. Over the course of 2013, the UK economy's growth was the most robust since the start of the global financial crisis in 2008, sitting at 1.9%. Thanks to the latest predictions, it appears that the recovery is gaining steam and will be here to stay, which should assuage the fears of retailers who have had a hard go over the last decade, with high street prices staying within the reach of most consumers.
Consumer confidence has been relatively shaky ever since the financial meltdown of 6 years ago, but according to the NIESR, consumer spending is set to grow as much as 3.4% over the course of 2014, which would be the quickest increase in over a decade. Unemployment rates also dropped dramatically towards the end of 2013, in large part thanks to the strong labour market. Predictions from the International Monetary Fund (IMF) for the 2014 UK economy mirror the NIESR forecasts, predicting a GDP growth rate only a touch more conservative at 2.4%, after a previous estimate of 1.9%.
No matter who you ask, the outlook is quite positive for the future, which should help further increase consumer confidence, with the rapid growth of the online shopping market for UK-based companies helping to drive a large portion of growth. UK online retail exports are leading the Western world, and while the new economic blocs of Brazil, Russia, India and China are showing dramatic expansion rates as well, as more and more retailers join the online market with successful offerings, the UK should be able to maintain its competitive advantage in the online market. The UK manufacturing market has also shown dramatic growth in the NIESR report, which should further boost the ability of UK online retail to compete in the global marketplace.
SHARE: