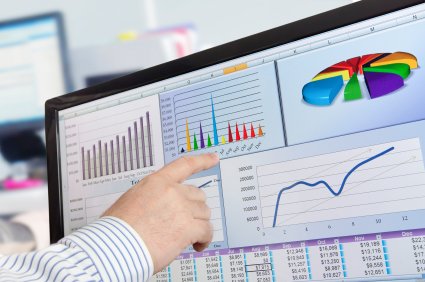 As the retail world picks up the wrapping paper and packing peanuts and the rest of us begin to take down holiday decorations, data and analysis has begun to trickle in concerning the sales numbers and takeaways from the holiday shopping blitz. 2013 had been something of a mixed back for retailers in the UK, full of ups and downs, but the holiday season provided a strong finish for almost every company that was polled. Retail sales across all industries were up by 6.1% compared to December 2012, and the average amount spent was up by 7.2%, which far exceeded even the most optimistic forecasts by economists.
This is good news for the UK economy overall, as Alex Hamilton of Planet Retail explained, “The sharpest annual rise in retail sales for almost a decade provides further evidence to suggest that the UK economy is on a sustainable growth path.” This should be reassuring to retailers who spent much of 2013 wondering whether or not they had finally begun to move out of the economic shellshock that resulted from the world-wide global economic fallout in 2008.
However, as numbers for January also begin to roll in, it seems like some of the more skeptical analysts may have been closer to the mark. “This is too sizeable an increase to think that it won’t be at least partially reversed in next month’s report,” said George Buckley, from Deutsche Bank, in reference to the surging sales numbers from December.
The CBI Distributive Trade survey balance, a metric of retail sales used across the UK, has been sitting around 14 so far in January, despite forecasts by economists that were in the mid-20s. To give the comparison some context, the excellent December enjoyed by retailers had reached a rating of 34 on the survey balance. Barry Williams, chair of the CBI Distributive Trades Survey Panel, further explained, "While retailers predict some modest growth ahead, the prospect of continually slow pay growth is likely to mean cautious consumers for some time to come."
Regardless of these more cautious explanations, the fact that the holiday sales seasons are reaching record levels means that consumers are beginning to move on from the darker times of the previous few years.
SHARE: