Big Data for Brick and Mortar 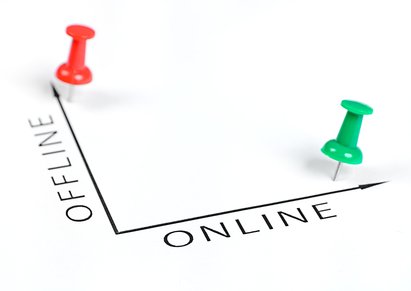 Over the last several years as e-commerce companies began to truly appreciate the wealth of data that was being generated by the customers who used their websites, brick and mortar businesses have struggled against the competitive advantage conferred by so-called 'big data'. Buying habits, preferences, and even uncompleted purchases could all be combined to create an incredibly vivid profile of customers, both present and potential. Offline generation of 'big data' has traditionally been limited to the realm of loyalty programs and rewards cards, and it pales in comparison to the breadth and depth of information being captured and leveraged by the e-commerce world.

With the debut of a new program from startup Swarm Mobile, that may be set to change. Driven in large part by the ubiquity of mobile phones and their users' equally-ubiquitous desire for free Wi-Fi internet access, Swarm Mobile is betting that customers will be willing to submit themselves to in-store tracking in exchange for free internet access. Swarm will track what customers are browsing online while they're in the store, in one of the most innovative gambits to counteract the plague of showrooming. All customer internet access will be collated and analyzed in a real-time dashboard accessible via the store staff. If a customer has just found  better retail prices online, staff can send them a targeted digital coupon for the specific product that they're interested in.
When combined with a general price tracking system designed to ensure retailers are matching the industry pricing trends, Swarm Mobile might be the best answer yet to the problems faced by brick and mortar businesses in the modern era. There are two major hurdle to their widespread adoption, the double-edged sword of privacy and engagement. Getting consumers to consent to being tracked while online in store may be a tough sell, and even if they do agree, the second edge comes into play. As we discussed a week or so ago in an article about digital coupons, customers aren't yet ready to embrace them. Only roughly 5% of UK customers said they would be highly likely to use a digital coupon they received in-store, although that number is doubtless soon to drift upwards.
Is Swarm Mobile the answer to the data woes of the offline world? Maybe, but it's likely to work best as part of a larger, carefully planned and integrated system designed to keep prices competitive. Time will tell, as the march of progress rolls on and the lines between the online world and the offline world grow blurrier every day.
SHARE: