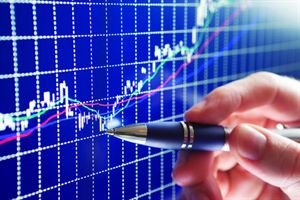 As we’ve discussed recently, high streets all across the United Kingdom are struggling to keep revenues up and stores open amidst fierce competition from the online retail sector. The nature of the high street itself is changing at the same time, with a major shift in fashion, gaming and media store closings, and an increase in payday loans and secondhand stores/pawnbrokers. Even as these changes continue to rock the high street, Housing and Local Government Minister Mark Prisk encouraged local brick and mortar retailers to strive to regain the losses they’ve suffered over the last decade.
Fortunately for everyone involved, a new pilot project has been developed to help revitalize high streets across the country, thanks to a completely redesigned approach to the way governments and local councils interact with the business and retailers that form the economic backbone of local markets. The aptly-named ‘Portas Pilots’, named after the government appointed consultant Mary Portas, aim to deliver funding to high streets and councils that can make the most immediate successful use of the money. Unfortunately, this means that certain retail areas have been deemed as unprofitable to rejuvenate, much to the chagrin of the local retailers.
Seven communities were chosen to act as pilot projects for the new system, although many retailers worry that this small scale funding isn’t going to be sufficient to product the sort of marked changes that are required to reinvigorate these retail areas. No matter what the outcome of these Portas Pilots, however, the writing is on the wall for brick and mortar retailers who have yet to update their business models to encompass the newest traditions of e-commerce.
It’s becoming clearer that businesses will have a hard time competing in a modern marketplace without a significant online presence, and almost no sector of retail is safe from this shift. Women’s fashion, long regarded as a bastion of offline retailers, is just one of the many sectors that has experienced a sudden boom in online sales. Many large and well-known household brand names closed their doors in the last year, up almost 1000% from the year before, and the pace doesn’t seem to be slowing. However, retailers who are able to navigate the rapidly shifting landscape of the modern e-commerce marketplace have a solid chance of maintaining or even expanding their market share in the months and years to come.
SHARE: