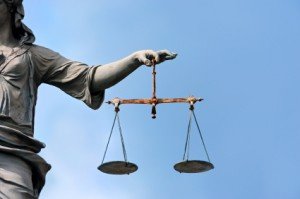 For those of you who haven't been following the situation up until now, Overstock.com is a leading online retailer whose business model originally involved offering customers exceptional discounts on products that were returned or simply surplus merchandise from other retailers hoping to clear inventory room. Since their initial successful forays, they've grown into an e-commerce retail giant in their own right. This success has made them no stranger to controversy, with a number of lawsuits filed on their behalf regarding issues surrounding illegal stock trading practices, but their most recent bout of legal drama was a lawsuit filed against them by a group of district attorneys in California.

The issue presented by the plaintiffs alleged that Overstock.com had been intentionally misleading customers about the comparative discounts that were being offered. Typically, on an Overstock.com product page, the price paid by customers is compared with the manufacturer's suggested retail price (MSRP), and highlights the amount of money saved between the two. However, the DAs of California allege that Overstock.com is, in many cases, if not always, simply making up the MSRP that they display on their website. The initial ruling, handed down on January 6th, enforces penalties of over $6 million USD against Overstock.com, and gives them 60 days to either clarify their policies for consumers or discontinue them. Naturally, the ruling is being appealed.
The most interesting thing about this ruling is what it highlights about consumer mindsets in the e-commerce era. Most consumers seem to intuitively accept that as these catalogs are so huge, the price comparisons cannot be managed solely by hand, and there must be some sort of sophisticated price comparison software at work, as in the case of Amazon's fluctuating prices. The level of trust is almost absolute, because consumers simply expect that a computer won't lie about this sort of thing.
Overstock.com contends that the massive differences in prices are caused by their comparison algorithm, that spiders the competition for the highest possible retail price, and uses that as the value by which it creates the comparison. However, this is rarely the same as the MSRP, and thus the judge ruled that their practices violated false advertising practices. If the ruling is upheld in the Supreme Court, it could have huge ramifications for the entire e-commerce industry, making careful and complicated price comparison algorithms not just advantageous for retailers, but an absolute necessity.
SHARE: