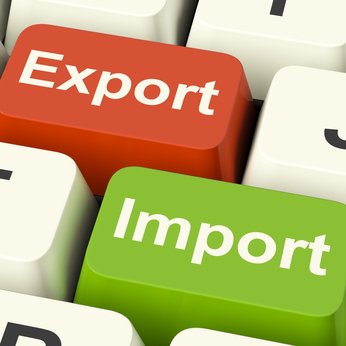 In what may be surprising to many casual observers of the e-commerce industry, the world leader of online retail export isn't the United States or China, but rather the United Kingdom. According to the latest retail report from OC&C Strategy Consultants, titled 'The Global Retail E-mpire Report', online retail exports from UK-based retailers boasted a surplus of over $1 billion in 2013, far in excess of the distant second and third place finishers, the United States and Germany, respectively. The US-based online trade surplus totalled only $180 million, and Germany lagged far behind with a $34 million surplus.

The report goes so far as to predict that the six largest online markets - the United States, the United Kingdom, France, Germany, the Netherlands and Scandinavia - will experience massive growth over the course of the next 7 years, possibly reaching as high as $130 billion dollars by 2020. While online trade between these groups totalled $25 billion in 2013, at the current rate of expansion it's not a leap to imagine that these markets will continue to boast incredible growth numbers. In total, online sales from outside the UK totalled in excess of $6.5 billion in 2012, to give a sense of perspective.
Interestingly, there seems to be a rapidly growing demand specifically for products from UK-based retailers and brands from customers outside the UK, despite a sudden increase in expatriate populations or general UK cultural diaspora. The number of searches for UK-based  brands from global markets has grown by an average rate of 46% each year since 2010, with no signs of stopping in sight.
There is also quite a disparity  between the size of company that is receiving the out-of-UK purchases. For small to mid-sized companies, nearly half of all purchases currently come from global markets, whereas companies that gross over $400 million only have approximately 13% of their purchases from non-UK markets.
There are a number of speculations about what has given rise to these arguably surprising statistics, and many retail analysts are quick to point to several UK-based e-commerce retailers who have stood head and shoulders above the rest of their competitors, such as online fashion houses ASOS and Net-A-Porter. It may be too early to speculate with the confidence that these early leaders will continue to drive the UK online retail industry to continual leadership, as other global retailers will soon be zeroing in on the game, but if they're careful about competitor tracking, they should be able to stay ahead of the curve for many years to come.
SHARE: