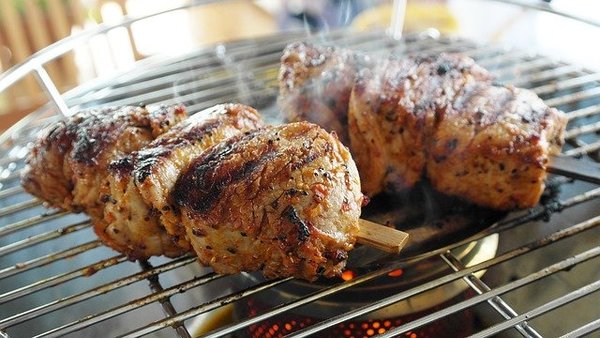 TRY IT NOW
In one of our recent blog posts, we explored the findings of trends and searches based on the topic of ‘summer’ from Google. The results were fascinating and insightful, highlighting what goes on in the minds of Brit as we endure the warmer months.

They say that if you don’t like the weather in Britain, wait a minute. And it would seem that in those rare minutes of sunshine, us Brits rush out to have a BBQ with our nearest and dearest.


Unfortunately though, this year, those bursts of sunshine have been few and far between, which has affected retail spending. Despite shops cutting prices on BBQ essentials to try and get consumers to spend more, it seems the wet weather has truly dampened our spirits and we aren’t even trying to get our grill on..


According to data from the British Retail Consortium (BRC), UK retail spending increased by only 2.2% in July, compared to the same period last year, which saw a 2.9% rise in July. This slow growth rate also extends between May and July: food sales were only up 0.1% during this time, compared with non-food sales at 3.7%.


Joanne Denney-Finch, chief executive of food industry body IGD, commented on this to City AM newspaper:
“Food and drink sales are particularly influenced by the weather at this time of year. July began with a heatwave and strong food sales but the rest of the month was colder and wetter than average and July’s overall performance disappointed after a run of more encouraging months.”

Not all rain clouds and dampened spirits

On the other side, figures from Nielsen show a slightly more positive picture, with the soft drinks category seeing a +3.9% rise in year-on-year sales, with beers, wines & spirits seeing the strongest category growth (+3.1%) aside from general merchandise (+4.6%).


Meanwhile, fruit and vegetables returned to positive sales growth (+0.2%), although packaged grocery and dairy experienced the biggest declines, -4.2% and -3.8% respectively. Nielsen also released stats showing that our of the ‘Big Four’ supermarkets, Morrisons sales increased 0.1% year while Asda sales were down 3.2% and the Co-Operative returned to year-on-year growth for the first time in four periods.


However we look at it, these statistics are a reminder of just how dependent retailer and category performance, along with traditional summer events, are on the weather, in the short term.

Stay on top of trends, whatever the weather

Nothing can predict or outsmart Mother Nature, but at Competitor Monitor we CAN help you to monitor prices and outsmart the market. Our aim is to help the world’s leading companies to stay competitive, whatever the trend - take a tour to find out more.